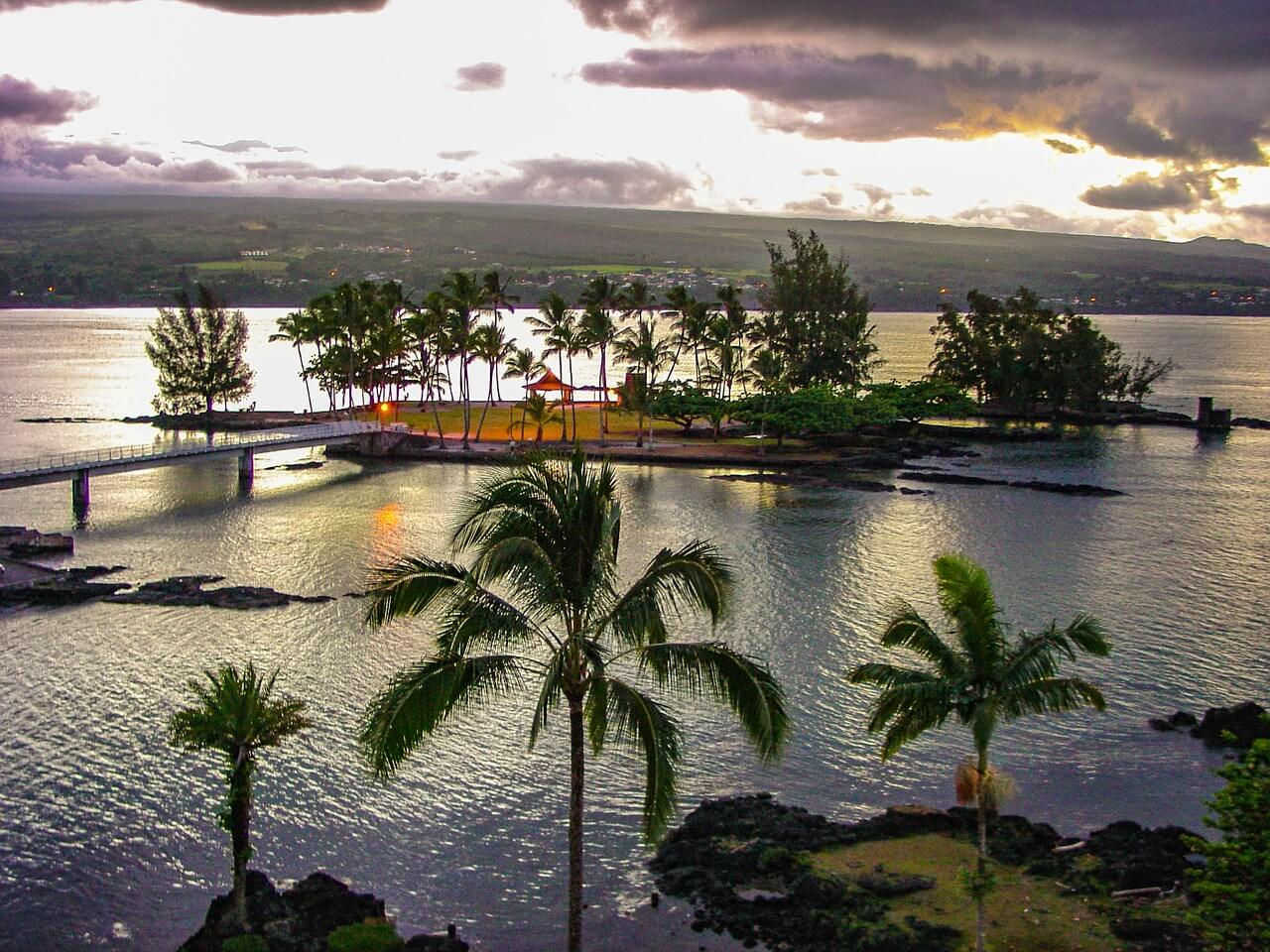 Design Patterns in life and Ruby — gain an intuitive understanding of OO design patterns by linking them with real-life examples.

The Command Pattern’s definition is a stressful one to look at.

Let’s forget about it for a second and take a trip to Hawaii. 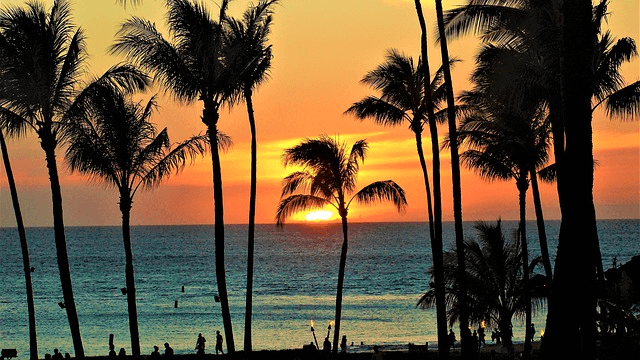 And live in a luxury hotel.

We spent the day on the beach, scuba dived, and did some sightseeing. It's time to get back to the hotel to chill, eat, and plan for the next day.

After getting back to the hotel, we want to:

We check out the hotel’s service menu and find three service items matching our needs.

We then call the front desk to place these three requests. A concierge picks up our call, write down our list of requests, and acts on each service request as instructed by the service menu. 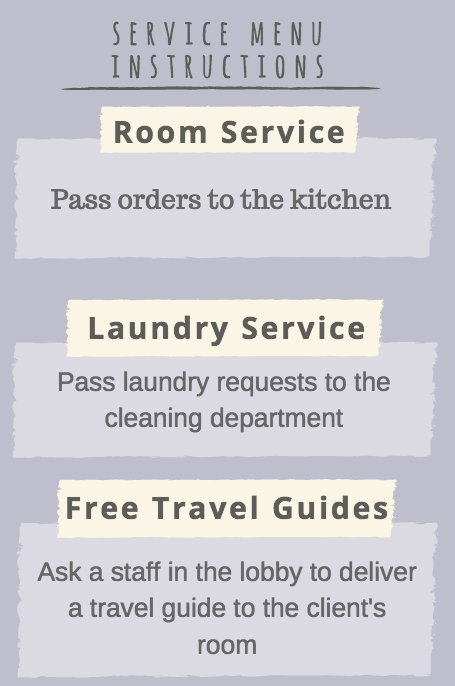 Then each staff member executes according to each specific request:

Let’s see the actions in Ruby.

1. We submitted these three requests to the concierge:

2. These requests went into a list the concierge keeps track of:

Let’s see that in action (console):

As we can see, after we submitted three requests, these requests were in a request_list taking care by concierge.

3. Instructed by the service menu, the concierge sent our requests to corresponding departments.

The code above should work fine.
Except for one thing….
It smells bad.

Specifically, the part where we have the switch cases: 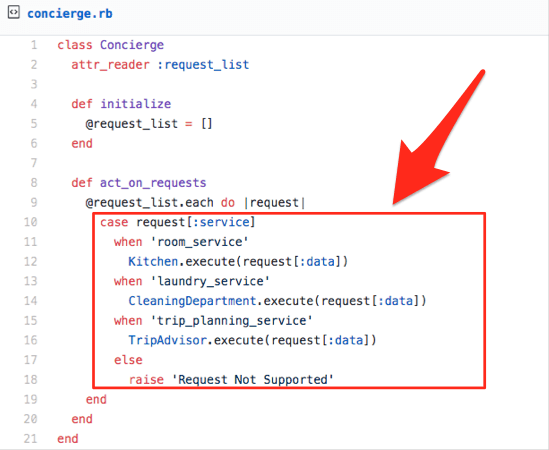 Why does this part smell bad?

The method knows too much and requires frequent changes. Having these two combinations together is almost always a bad thing.

A method that requires frequent changes is a method you need to update often and each time you update a piece of code is an opportunity to introduce new bugs to the system. When the method also knows a tone, a.k.a. it's long, the chances of messing it up when updating increases significantly. That's the reasoning behind a design principle we talked about earlier––encapsulate what varies.

There must be a better way than this:

Take a closer look and think about it.

But what if each request actually knows how to execute itself?

Then the method can be as simple as:

With that being said, our requests could look like this:

With the updated codes, here is how we, customers of the hotel, send requests to the concierge.

It is pretty easy to create another service.
For example, the hotel also allows us to reserve SPA:

The service not only supports execute (making a spa reservation) but also undo (canceling the reservation).

Let’s say the hotel also provides another way to request services without having to call the concierge — a service requesting panel:

We can just press the button and the service with a default setting will be delivered to our room.
Here is the code for the ServicePanel:

And here is how we can create a service panel:

??We are using the Command Pattern!??

Let’s revisit the definition of the Command Pattern:

1. “encapsulates a request as an object,”

Each of the services class we created, RoomService, LaundryService, TripPlanningService, and SpaReservationService, is an example of encapsulating a request as an object. 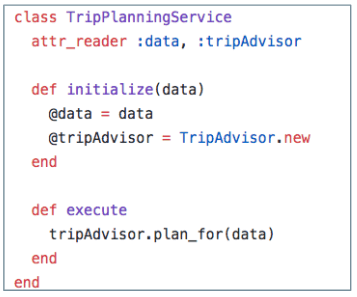 2. “thereby letting you parameterize other objects with different requests,”

The ServicePanel is an example of parameterizing an object with different requests.

Our requests were queued while the concierge was taking them over the phone.

Advantages of The Command Pattern

The Command Pattern lets you:

- parameterize other objects with different requests,

Yup, the advantages of the command pattern is encapsulated into its definition. ?