With a quick search on the internet, we can see lots of articles written about why singletons are bad. 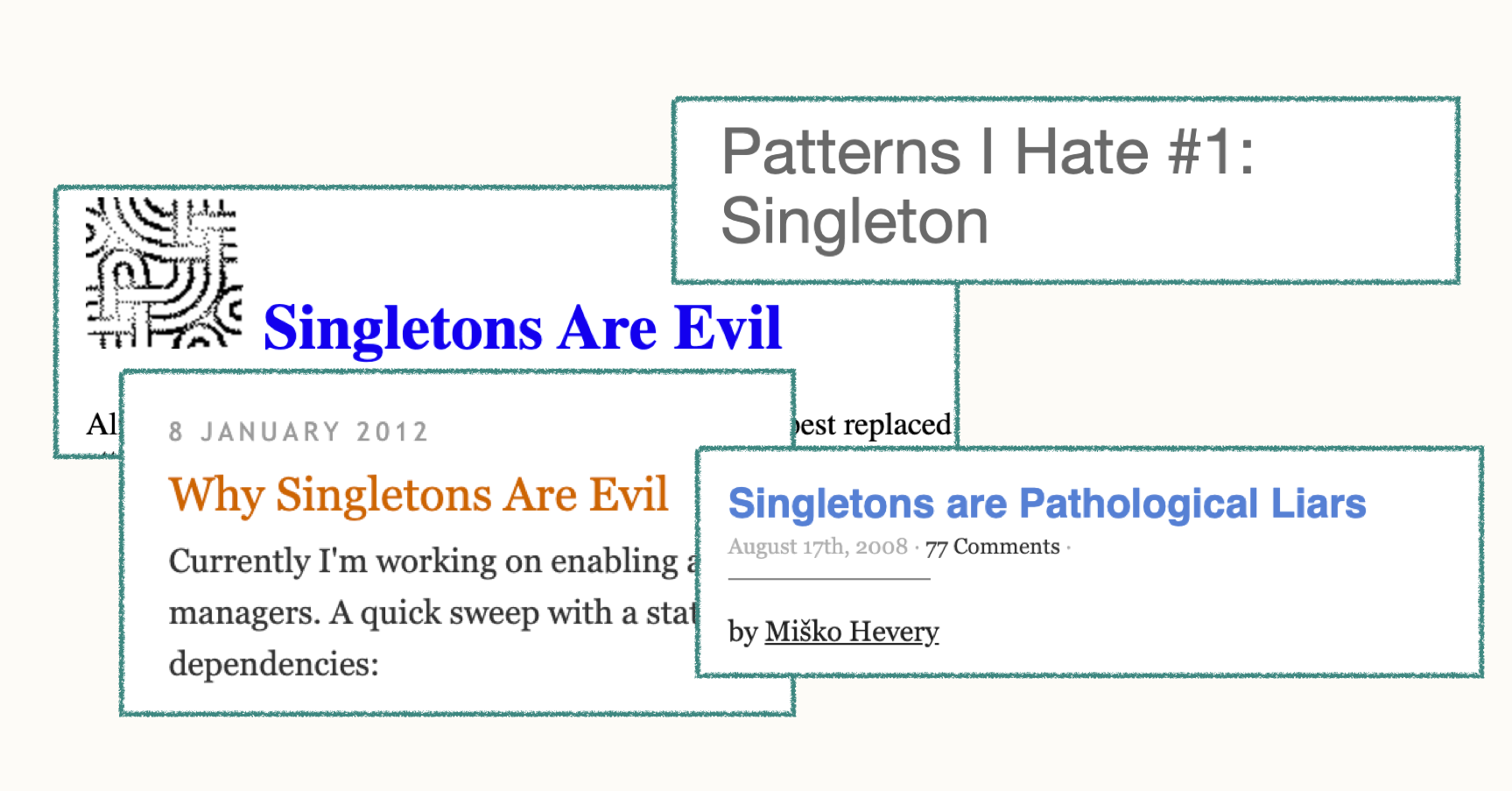 The first downside of the singleton pattern has to do with its global point of access to the instance.

This makes the Singleton Pattern very similar to global variables. And, at this point in time, the dust around global variable is settled: it's something ppl in the programming community despite with a passion.

So why is global access so bad? Because it makes the program none-deterministic and hard to reason about. 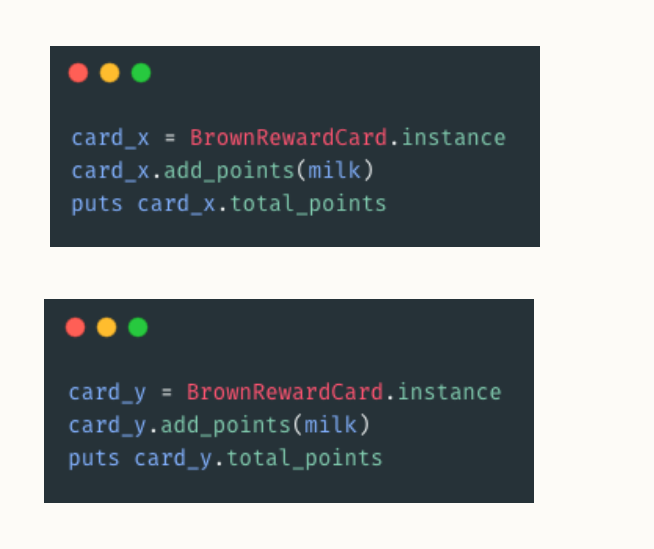 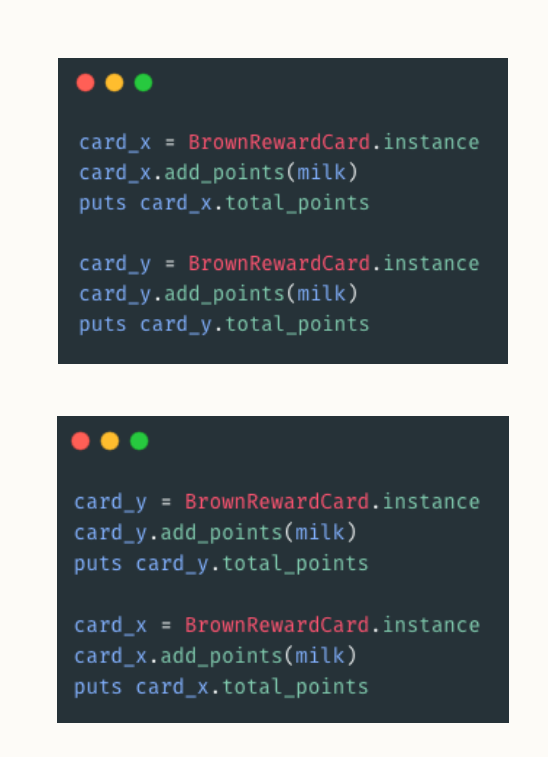 What’s even scarier is that we don’t know how many times add_points has been called before we create card x and card y. This makes it almost impossible to reason about the state of the cards without having to read through the whole code base and find out where and in what order add_points is called. 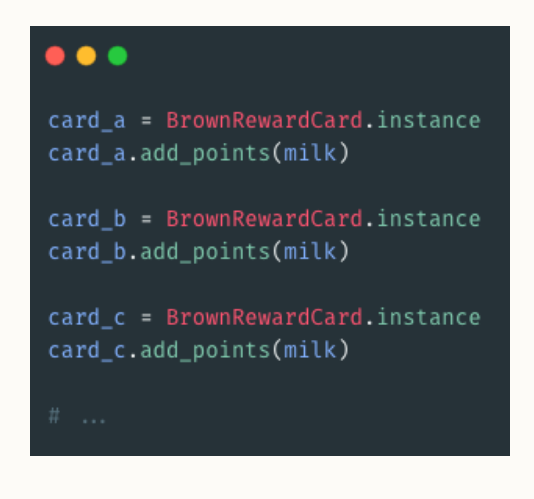 A global point of access also defeats the purpose of code design.

Code design in an essence is about setting up the proper encapsulations and boundaries among code to make programs easier to maintain and reason about.

Global variables defeat all boundaries because, well, since it's global, everyone can use and modify it which creates backdoors to all existing boundaries.

The book Refactoring To Patterns puts it elegantly: “The real problem with Singletons is that they give you such a good excuse not to think carefully about the appropriate visibility of an object. Finding the right balance of exposure and protection for an object is critical for maintaining flexibility.”

The other issue with the singleton pattern is that it encourages hidden dependencies.

So when should we use the singleton pattern?

First, take a close look to see if you actually need to use it.
The Singleton pattern is used to make sure there's only one instance of a class. In reality, it's very rare for us to run into this requirement.

Using the singleton pattern is more acceptable if the instance is only used to perform an action the remaining of the program doesn't depend on, like a void method without return values. Logging is a good example.

In the article Use Your Singletons Wisely, Rainsberger suggests three tests to see if you do need to use this pattern:

We need to first understand that singleton Pattern breaks the Single Responsibility Principle, which says one class should only have one responsibility
In the case of singleton, the class not only holds the related business logic but is also responsible for ensuring the class has only one instance

"Why should the class itself be responsible for being a singleton? It seems quite logical for the application to take on this responsibility since the application requires this kind of behavior."

It's also recommended to put all of your singleton creation into one factory responsible for creating this kind of long-lived objects. By putting them in one place, the dangerous parts of the program are more obvious.